On the eve of the interleague robotics championship, members of the Wright Angles robotics team were working late into the night in the CWA Innovation Lab. After going undefeated in their first ten matches of the season, the team was entering the contest as the number one seed, and they were eager to maintain their ranking. They had put in more than forty hours of work over the winter break, and now, at the 11th hour, they were still tweaking their design.

In a somewhat unorthodox move, the team had decided to scrap their robot entirely after the last competition of the regular season rather than refine their existing design. When pressed about this decision, one of the team members laughed. “Hindsight’s 20/20, right?”

The last-minute tinkering was a gamble that, while not without its challenges, paid off in the end, it resulted not only in a first-place finish, but also a Washington State record for point totals. This earned them a spot in the State Championship.

Typically, the team would have built on their existing ideas from previous competitions. However, the last-minute maneuver called for the team to identify a need for a better product and develop a new original work. In either scenario, these students are living out the “Innovator” trait  outlined in our Portrait of a Tarrier. The plan for next year is to take this year’s innovation and continue to build on it.

“Next year, we’ll have 200 images of past competition robots and ask ourselves what elements we’ve used in the past, whether it is a scissor lift, or a slide, or a drive train, can be things that we use for inspiration.” said Director of Innovation and Design Labs and robotics team leader Joe Romano.

Teams earn points based on the complexity of the tasks their robot can complete. Every year, the robotics governing body, called FIRST, issues a new challenge and a new set of point distributions. The team must then evaluate what’s worth engineering to achieve the most points. This year, teams were challenged to build robots that could move and stack yellow interlocking bricks that resemble large Legos. Teams earn minimal points for shuttling blocks over a line and more points for stacking the blocks. The robot from their first competition could shuttle quickly and grew with lifting and stacking mechanisms, which garnered the team even more points in competition.

Mr. Romano explained the power of collaboration and innovation in this scenario by describing the pros and cons of any given idea as a ‘sunny side’ and ‘dark side’, respectively: “There is a ‘sunny side’ and a ‘shadow side’ to each idea, and many ‘sunny sides’ illuminate the ‘shadow side’ for another idea, so If we can integrate two ideas and make them work together, we’ll be far more successful than if we simply just choose which idea works best.”

A typical robotics competition follows an alliance format, wherein teams are paired together randomly during the early qualification rounds but then choose strategic alliances for the final rounds of the competition. Teams will look for robots from other teams that will complement their own robot’s abilities.

Mr. Romano said, “It’s a really exciting scoring process where you have to work with another team for three minutes even though you’re competing against them. We’ve looked at certain elements from other teams’ robots and thought, ‘Oh we need that on our robot!’ So [competition] is a model where we can learn and share together.”

This level of collaboration means that the robotics team needs to not only work effectively with their teammates, but also collaborate with other teams as well.

“Cross-team sharing and evolution is good practice,” said Mr. Romano. “Engineers don’t build bridges from scratch; otherwise, we would have a lot of bridges falling down.”

Encouraging students to share their knowledge and to think like engineers is at the heart of FIRST’s philosophy. Each team must keep an engineering notebook that documents their process in building their robot, and awards are given to teams whose notebooks can demonstrate their engineering skills.

“We’re building a team culture where we’re not just building a robot, we’re engineering a robot,” Mr. Romano said. “For example, you can create five different iterations of something and see what works, so you have a richer collaboration and a better product by shifting to more of an engineering mindset.”

Documenting the lessons learned this year will give next year’s innovators and collaborators the tools they need to build on existing ideas, solve problems creatively, and turn future visions into reality.

More than that, the team is trying to build a culture of technology and engineering throughout the community. Several robotics team members have launched a Lego robotics club in the lower school, and others have expressed an interest in building an automated hydroponic gardening system for the school’s greenhouse.

“The means to produce these materials is evermore in our hands,” said Mr. Romano. “We have the tools to produce what we conceptualize here at CWA, and that makes for an incredible learning opportunity for students.” 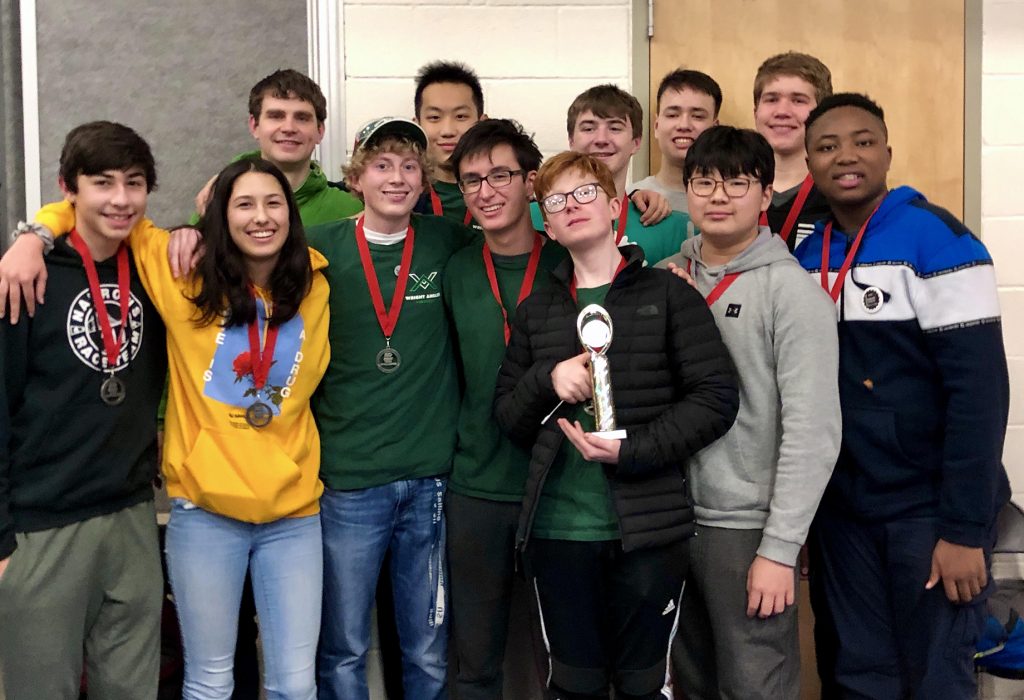 The Wright Angles placed first at the interleague championships and will compete at state January 26th. 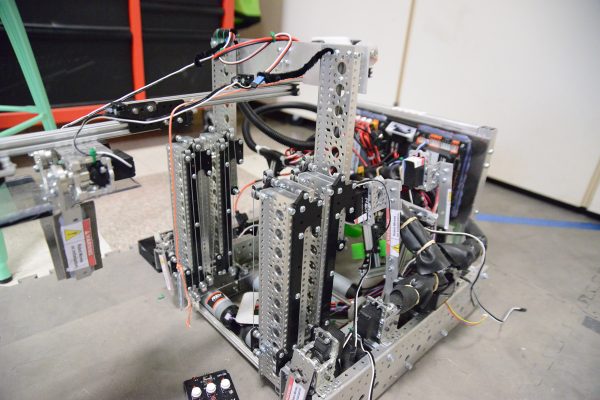 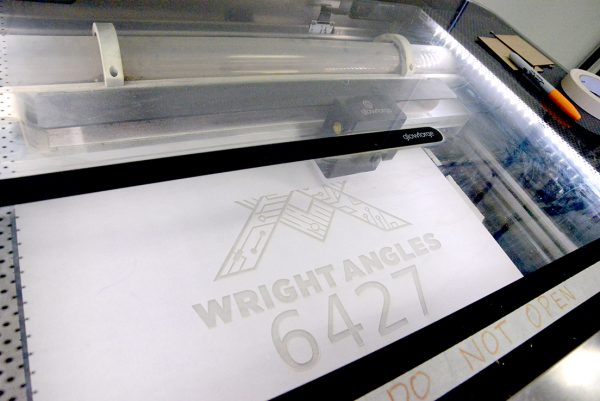