Skip to content
Heritage Matters in the Middle School

Heritage Matters in the Middle School

When Heritage Night first began in 1995, it provided an opportunity for middle-school families to get to know each other better by sharing meaningful parts of their heritage. Former Middle School Head Diane Hunt noted, “This was especially important as we added the 6th grade to the middle school and worked to help parents and guardians feel connected to the community.”

In those early years, families gathered for a potluck dinner and enjoyed performances of Taiko drums, Andean folk music, and Capoeira Martial Arts, to name a few.

Eighth-grade visual arts teacher Christopher Hoppin eventually added a heritage painting project to the evening’s offerings, which has, over time, become the central part of the event.

“This project asks students to look at the things passed down from generation to generation,” Mr. Hoppin said. “For some it’s very much about race and place, for some it’s about religion, and for others it’s about family activities and what’s been passed down.”

While students are encouraged to examine their own heritage, they may choose to delve into a heritage that is important to them in some way. Mr. Hoppin offers an example of his time spent working in Maori schools in New Zealand, where he became fascinated with traditional and contemporary Maori art, particularly with wood carvings on buildings where the Maori gathered to meet and celebrate. 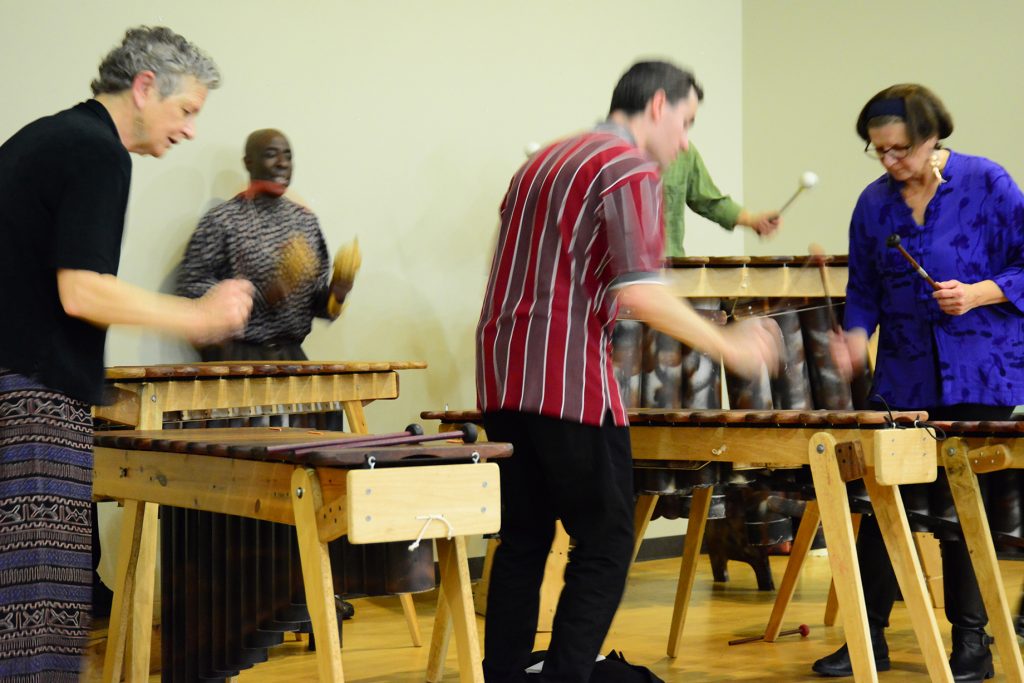 “I tell the students that I might do a painting because of my personal connection to Maori art. So, the heritage would be the Maori heritage, not my own, and very specifically it would be the wood carving on the buildings that the Maori used.”

Before students can even set brush to canvas, however, they need to settle on a topic for their artwork. Earlier this year, they considered questions of heritage in Susan Sparrow’s history classes. As part of their first assignment, students were asked to write a paragraph about a historically significant event in their life and another about a way in which their heritage has impacted their life. These writing assignments not only provided inspiration for their heritage paintings, they also helped strengthen the bonds between eighth-grade students.

“What I love about this is that in the past I think a lot of the kids learned things about each other that they never would have known otherwise,” Ms. Sparrow said. “There’s maybe a family member who’s really important to them in their heritage who they write about. Sometimes they write about a place that’s really important to them. I learn a lot about the students as well.”

Armed with some ideas about theme and subject matter from their history assignment, students begin the process of crafting their paintings by considering style, composition, and color, sketching out ideas before committing their ideas to canvas. The process can be daunting for students who are reluctant artists, but Mr. Hoppin is encouraging.

“I give them a ton of different examples for style,” Mr. Hoppin said while demonstrating a knife painting technique to a student. “We talk about collage because that’s very doable. We talk about abstract painting. I tell students that their painting doesn’t have to be representational because they’ll have a description of it written underneath.”

Those descriptions might be thought of as an artist’s statement, as they are less about the structure of the paintings themselves and more about the inspiration behind the art. In an effort to make this project more interdisciplinary in nature, the statements are written and refined in English classes.

“In recent years we’ve tried hard to include the eighth-grade English teachers to help support the writing efforts on this project,” English teacher and Middle School Diversity, Equity and Inclusion Coordinator Rob Scotlan said. “We want students to communicate as clearly as possible about their artwork.”

The interdisciplinary nature of the project gives students the opportunity to identify and reflect on their own lived experiences or identities, which sets them up for success for future conversations about diversity of thought and heritage.

On a recent visit to one of Mr. Hoppin’s art classes, it was clear from the energy in the room that the students’ anxieties about the show are beginning to mount, in part because they are creating personal works of art for a broader audience.

“They have this really high standard they’re trying to meet because they have families and classmates coming,” Mr. Hoppin said. “Having that kind of pressure is really healthy. It really makes them step up their game.

If Mr. Scotlan gets his wish, the students will have an even bigger audience to impress this year.

“Our hope is to expand Heritage Night to the whole community so that families who aren’t part of the middle school have a chance to see some really tremendous artwork,” he said. “One of Charles Wright’s goals is to make our families aware that we are an inclusive community, and we want to celebrate all members. I think having a night like Heritage Night be open to everybody is a step in that direction.”

“It’s just a fun night, too,” Ms. Sparrow added. “I love the food part of it. I think the food part is excellent. I eat. I always eat like three plates of food. I try to try everything. And so that’s also my favorite part is seeing what people bring. I’m getting to try things I never would otherwise.”

Mr. Hoppin hopes to showcase his students’ work to a large audience this year. He encourages families to bring a dish and spend some time taking in and reading about his students’ art.

“People will be impressed,” he said, noting that we don’t often give teenagers enough credit. “Eighth graders are pretty capable. I’ve been really happy with how this has developed over the years.” 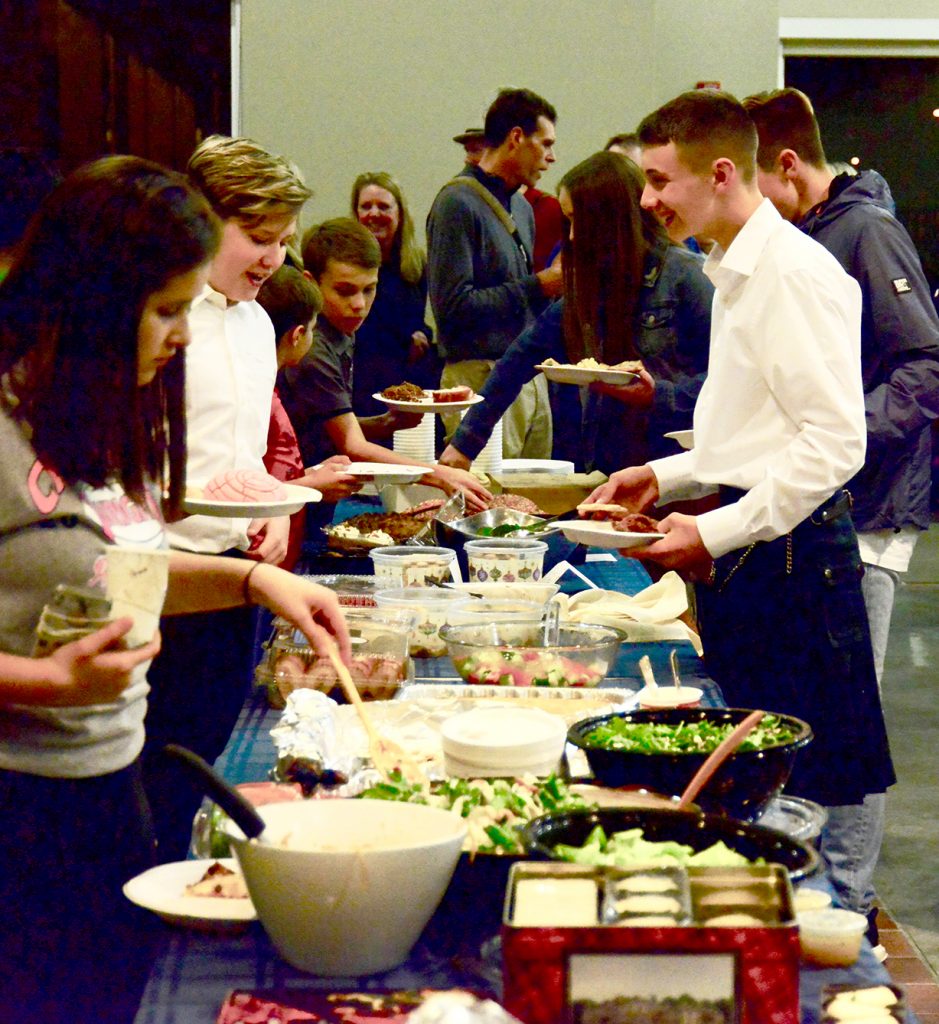 You're Invited to
Heritage Night

Bring a dish or dessert that reflects your heritage. The school will provide appetizers and beverages. 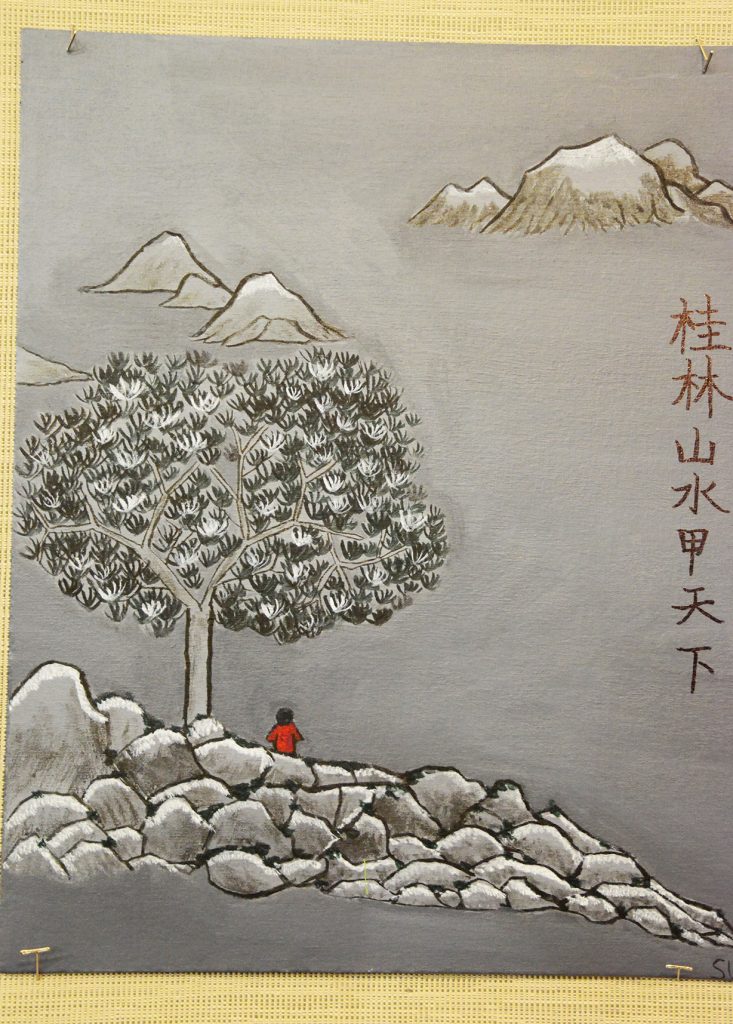 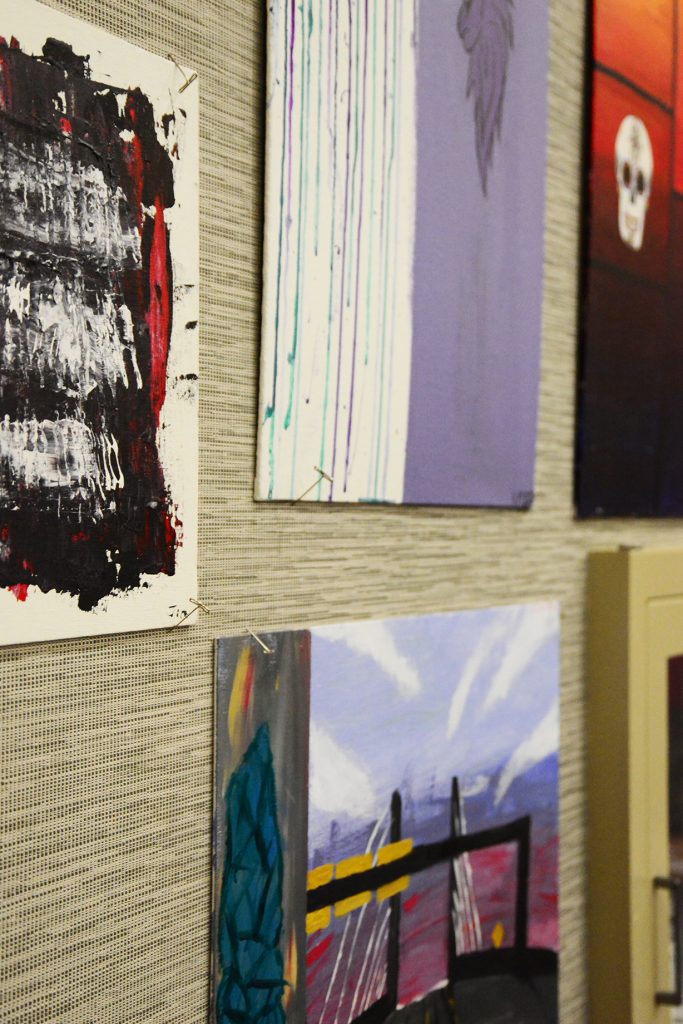 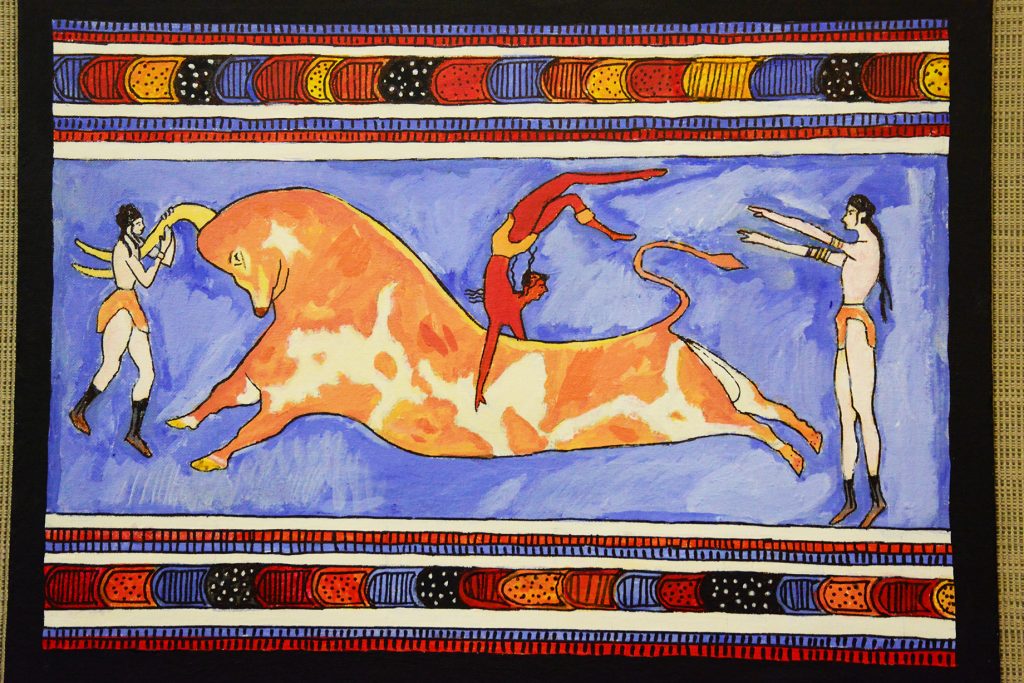