Skip to content
Kids Discover Their Passions in After-School Enrichment

When the junior kindergarten class rings the dismissal bell each afternoon, lower school students flood the hallways on their way to their various after school activities, including an assortment of lower school clubs.

Lower School Assistant Director Francesca Gallozzi sees after-school clubs and enrichment as a way to develop passionate students. By participating in a breadth of enrichment opportunities, a student can explore different challenges, develop a variety of skills, and ultimately discover what could become a lifelong passion.

“Our hope is to create opportunities for children here at school in part so families don’t have to go elsewhere to get some enrichment experiences,” she said. “The program also gives staff and faculty the opportunity to create something that speaks to their own passions, which I think is a really nice way to model the end goal for students.”

Ms. Gallozzi explains that when a child sees an adult engaging in something they are passionate about, the child sees an inspiring example of what it looks like to find something for themselves and be the same way.

“We had Christina Bertucchi from the upper school do the K-2 art, and it was really delightful to watch her lean into that. She has a young child so she understands the age group, but she teaches high school so it was a really nice way to bridge that connection.”

Also new to the offerings is a radio show club, led by technology teacher Joe Sparano. In this club, students learn about the process of creating a podcast from idea generation to editing, and they learn how to use SoundTrap to record and edit audio segments that will be included in a podcast at the conclusion of the club. Mr. Sparano gave students the freedom to choose how they wanted to approach their segments-some did interviews, while others produced a piece of creative writing or music–but all of the segments had to be related to the school in some way.

The freedom to choose their approach, within the parameters of the podcast project, is the moment a child participates in the discovery of their passion. Creative writing, music, and conducting interviews all require different skills, and the freedom to choose is when discovery takes place. For third grader Henry B., it was an opportunity to exercise investigative research skills by trying to uncover who wears the Tarrier mascot uniform referred to as “Spike.”

In his segment titled Who is Spike, Henry conducted interviews with people around campus to uncover who people think Spike might be. He hasn’t found a definitive answer yet, but he’s still investigating.

Once the segments are finished, the students’ work will be available to members of the Charles Wright community. Mr. Sparano has plans to house the podcast technology in old fashioned radios that will be set up in the halls of the lower school, where anyone can listen to the students’ segments.

This kind of digital storytelling will continue into the winter session, when fourth grade teacher Carrie Cherek will offer a “technology and storytelling” class that will challenge students to create multi-media stories. Ms. Cherek’s challenge is yet another discovery opportunity that involves multiple mediums of expression that require exploring different skills. Whether they are experimenting with iPads, apps, video, or photography, they are applying different skills in the pursuit of finding what resonates with them as young individual.

The expansion of the after-school program is beginning to involve students beyond lower school.

A new Beginning Lego Robotics course developed when members of the upper school robotics team had set up a station at Family Science Night last year. Junior Ted C. was on the team that visited the lower school that night.

“I did a talk and we showed the robot, showed the kids an inspirational video about upper school robotics, and I got a lot of attention from parents and from kids who were excited about it. It reminded us that we do have an audience for that down here,” he said.

Though the robotics class is designed for beginners, some students view the club as a stepping stone to bigger things. “Lego Robotics is a set-up for all of the difficult challenges we will face when doing the middle and upper school robotics team,” third-grade student Theo W. said.

Ms. Gallozzi noted that a prevailing interest in technology has prompted the school to create more clubs of this nature. More clubs means more opportunities for students to engage in after-school enrichment, and an expanding program that challenges students in a wide variety of disciplines and skills in their pursuit of lifelong learning. 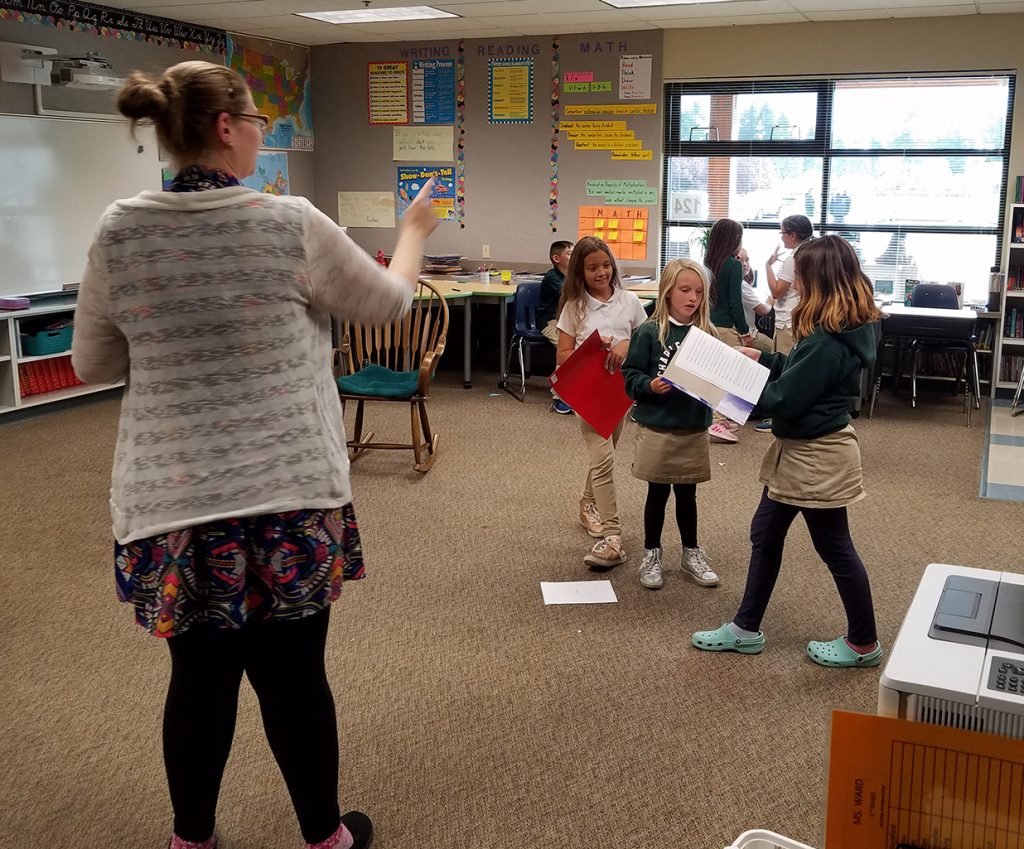 Running through a script in Drama. 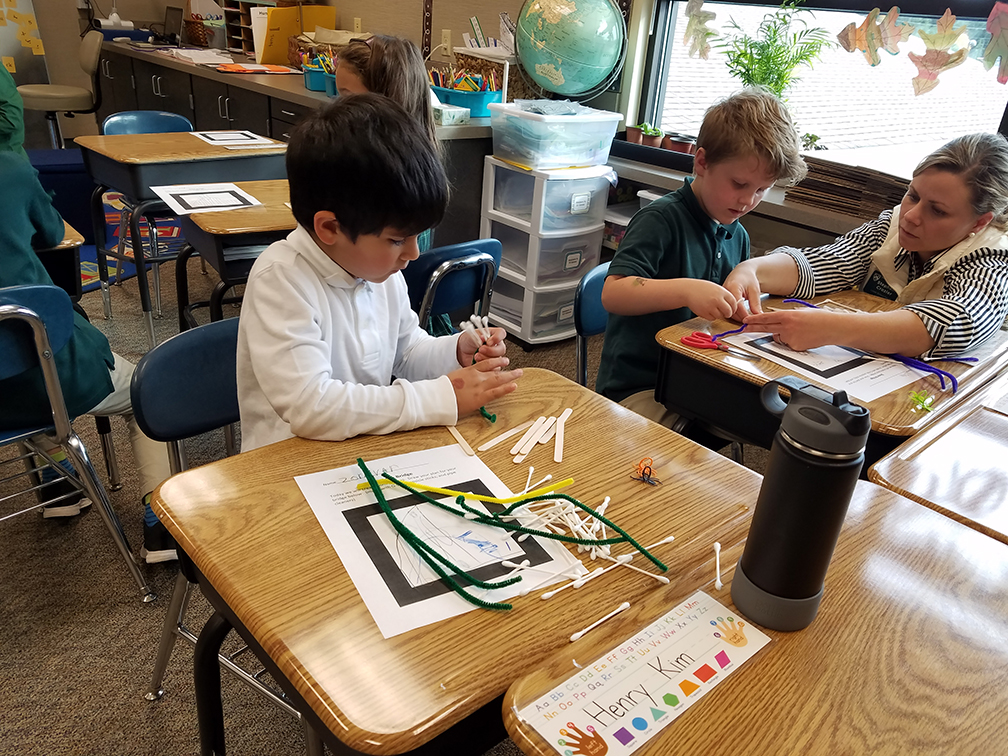